I do apologise if you received lots of emails from the blog - I have been doing some renovations on it and forgot to turn off emails.  (actually, did not realise I should have!)  It did rather make me think about emails however, I have some love letters from my Great Grandfather to my Great Grandmother, I wonder if there will be any love-emails in 100 years time? 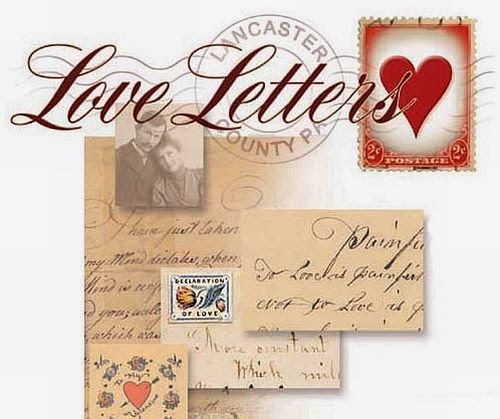 Digital archives, emails and websites, pose some sticky problems.  It seems images, pictures, less so as there are several sites to archive them on.   David Smith from the Observer  recently wrote:


Historians face a "black hole" of lost material unless urgent action is taken to preserve websites and other digital records, the head of the British Library has warned.
Just as families store digital photos on computers which might never be passed on to their descendants, so Britain's cultural heritage is at risk as the internet evolves and technologies become obsolete, says Lynne Brindley, the library's chief executive.
Writing in today's Observer, Brindley cites two examples of losses overseas. When Barack Obama was inaugurated as US president last week, all traces of George Bush disappeared from the White House website, including a booklet entitled 100 Things Americans May Not Know About the Bush Administration, which is no longer accessible.
There were more than 150 websites relating to the 2000 Olympics in Sydney, she continues, but these, too, vanished instantly at the end of the games and are now stored only by the National Library of Australia. "If websites continue to disappear in the same way as those on President Bush and the Sydney Olympics - perhaps exacerbated by the current economic climate that is killing companies - the memory of the nation disappears too," Brindley writes. "Historians of the future, citizens of the future, will find a black hole in the knowledge base of the 21st century." http://www.theguardian.com/technology/2009/jan/25/preserving-digital-archive

Something to think about!  Perhaps we should ask some of our family to archive some emails for the future.


Lastly, to cheer you up, here is what Douglas Adams had to say about emails vs. letters:


“It's quicker, easier, and involves less licking”
― Douglas Adams, The Salmon of Doubt