The government has announced that WW2 records will be digitised.  (read it here).  Recently, around Anzac day I saw quite a lot of people wanting to know where to find Australian military records, so here is a "go to" list. 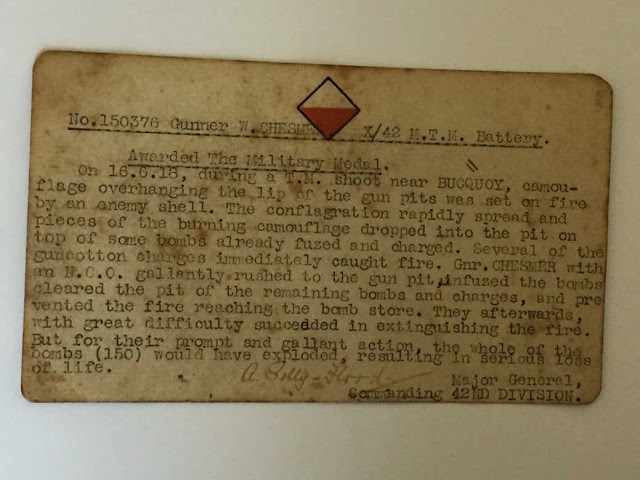 The place to start, the NAA holds service records from the Boar war to Vienam, it also holds photographs taken of servicemen and locations .  Most have been digitised, but not all, you can request a file is digitised but there is a small cost.  You can also order a paper photocopy of any record that is open.


Part of the Australian War Memorial site, but an important site for WW1.

Search here for war dead in places like Papua or Fiji.

Part of the Dept of Defence, Australian and Imperial honours and awards from World War One to current day. (prior to that they will be on English sites)

The AIF database is drawn from a range of official sources, including personal files on the National Archives website, and Embarkation and Nominal Rolls on the Australian War Memorial website.  Find out about the WW1 battles here.  It includes, an online searchable database for more than 330,000 men and women from WW1.

Australian Fighting Sons of the Empire

An amazing book, fully available online, listing photos and information about Australians who served in WW1.

This contains Unit histories, along with everything you ever wanted to know about the army.

This includes Victorian colonial, military and naval forces information up to the Boer War and AIF, Australian Flying Corps and nurses up to the end of World War I.

Has information on Baor war veterans, but make sure you search all the possible state archives for early information.

As the name says, Naval Ships can be researched here.

This  website is a dedication to the Australian Union and Confederate Veterans of the American Civil War of 1861 – 1865.

Numbers of British officers and soldiers joined the various colonial units as they were raised, especially in time of perceived defence emergency. The colonial or Australian Army records may refer to prior British service, but details will have to be sought from British records.Start Here for this research.

A register of Aust. War Memorials where you can search for a memorial or a person.

The searchable recognitions of all Australians who have served the nation in times of conflict commencing at the Boer War and Boxer Rebellion and the Great War, World War 2,  Korea, Vietnam,  all Middle East conflicts and all declared Peacekeeping and Peacemaking missions.

DO YOU KNOW ABOUT ANY OTHER USEFUL WEBSITES?  If so, note them in the comments below so I can add them to the list!