What a difference a visit makes

Recently I went looking for my brother in law's family, and found a very interesting character indeed.  In the research I found a divorce at the NSW Archives, and a photo was listed in the Bathurst gaol admissions information.  I should note, this all happened in the early 1900's.

So I set out for a road trip to the State Archives at Kingswood, and also ordered up for viewing my mother's divorce papers from her first marriage.  I don't know what I was expecting, but it was certainly not what I got! 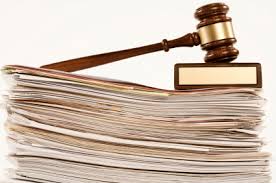 Let's discuss Sidney Colyer first -  He seemed to have a stable life, living in Sydney and married to Elsie Westwood, with 4 children.  They lived in St Peters, an inner suburb of Sydney.

After contacting the archives about the Goulburn gaol photo book, I was out of luck as their collection only starts from a book later than the one I needed.  The archives told me that they had been destroyed before anyone began to put NSW Archives together (after the 1960 Act of parliament).  So no luck there.  But the divorce papers did mention a photo - could it be of Sidney?

After our road trip of an hour or so, I signed into the archives and went upstairs to the reading room.  The archivist handed me some gloves and the divorce papers.  I slowly read each of the lawyers papers.  In 1918 Elsie began divorce proceedings, on the grounds of adultery with one Sarah Gibbs.  At the time, Elsie is listed as a  Typiste, from Violet Street, Enfield.

Clara Gibbs lived at 475 Dowling Street Sydney and elsewhere between 12/5/14 and 18/7/18 when Sidney is alleged to have committed adultery.   There are only two children listed, Elsie Irene and James William.  The child Sidney Norman is listed as born 24/1/1914 died 15/3/1914.  Frederick was not listed anywhere.

Sidney was found at Bathurst Gaol on 1st August, 1918 and served with the papers.

Papers were served on Clara Gibbs at a Dairy in Queen Street Waterloo where she worked on 5/11/1919. The Dowling Street address is her parents residence.  As I turned the photo over, it was of a young woman, I would say in her 20's.  Sidney would have been nearly 30 at the time, and here she is, the other woman.


The next thing I know about Sidney Colyer is that he is on the Electoral Roll in Prahran, Victoria in 1928 again as an engineer, with his wife Lily.  Then Victoria holds a body card from the coroner for him in 1959.  Now it is important to realise that not every body that went to the coroner was autopsied, nor was there an inquest.  There does not appear to be one in this case.

I have been unable to find any other records for Sidney in NSW or Victoria.  It appears he left his life of crime, and took up with Lily, although there is no marriage in the BDM.  I do know from the Colyer family in NSW that he was never talked about, and the impression was that he was a bad seed. Perhaps it was his relationship with the lovely Clara that sent him off the rails.

His wife Elsie lived with her brother in Petersham for many years, and in 1922 had another child, Nancy Colyer.  (known to my brother in law as Aunty Nance)

The next packet I got was my mother's divorce from her first husband, David McBay.  As I read through them I came across a small letter folded up.  I knew at once it was in my mother's handwriting, even through the folds.  She wrote very neatly.

A began to read the letter,  which was to 'Davey', I was quite surprised by that, as she always referred to him quite formaly as David when she told me about him.  As I read the letter, my surprise turned to something else, shock I think.  She told him she had been having a relationship with a married man and was pregnant to him!  And I knew it was not my father.  She made it clear in the letter that their marriage was over.  The letter was written in 1946, and I could hear my mothers voice in it.

After some research on the NSW BDM I found my mother had a son who died in 1947, maybe it was a premature birth, I will never know.  I do remember my mother always saying to my sister and I that boys were not strong as tiny babies, it was a belief she seemed to hold.

It was quite a revelation to see these original papers, and I found a wealth of information.  It has prompted me to work out when my next trip to the archives is going to be - I have a few probate packets I need to look through!