Where are all the Newspapers?

Newspapers have certainly been on my radar of late, especially Australian ones.  In this post I am going to try to give you some resources for your Australian, U.K. and U.S.A. searches for newspapers.  I will concentrate on free resources, but keep in mind the larger genealogy companies (Ancestry, Find my Past etc) all have access to newspapers, particularly obituaries.

For all the links to newspaper sites, click HERE to go straight to the Genealogy Boomerangs genealogy and newspapers on pinterest. 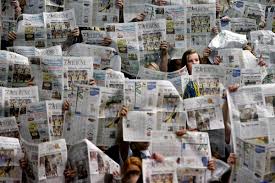 But first, what's so great about newspapers?  Well, lots actually, in the past newspapers in Australia in particular were a major source of communication within the community.  Remember, back when I am talking about then there was no Facebook or internet, but there was the local paper.  The first Australian newspaper the was a compilation of government orders, produced in 1802.  For a very good read on the history of Aussie newspapers check out this article.   By 1803 we had a strong Sydney paper, and I was surprised to find that articles were submitted through local stores by ordinary people.
I find two quite specific uses for newspapers
This begs the question - are newspapers a primary source?  Well, yes and no! If the article is a first hand account it is a primary source, if it is not, it becomes a secondary source.  Both are very useful.
Here is an example of a primary source, as it was written by the reporter who was clearly there on the day  (he is quoting what was said as well as describing the proceedings): 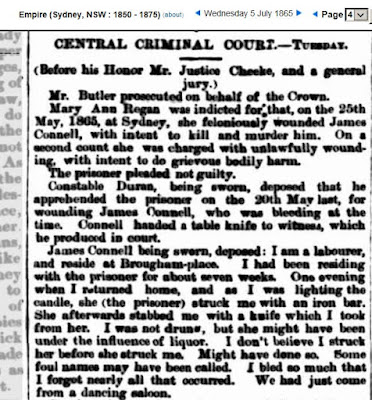 But this obituary is a secondary source, it describes what happened from information the writer has been given.  Add this to a death index however, and all the information adds up to point to whether this is your ancestor, and when he died. 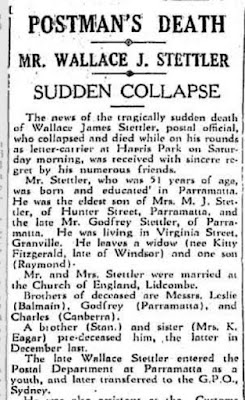 ﻿
BEFORE YOU BEGIN here are a few things to think about that will make your life looking for newspaper articles about your family easier:

Find these at TROVE.NLA.GOV.AU  and you can download my e-book with tips and tricks for searching HERE.

If you cannot find a newspaper you are after on TROVE, try the local library of the area you are researching, they can usually tell you where they can be found, or may have microfiche or original copies that are not yet online.  TROVE is adding news newspapers all the time, so don't give up.
For very early government gazettes (remember these were the newspapers of the early colony) go to findmypast.com.  The Sydney Morning Herald has its own archives, and contains 820,000 pages in almost 13,000 issues spanning January 1st, 1955 to February 2nd, 1995. Click here to check Google historical newspapers  for Australian newspapers.  Don't forget Government Gazettes if your ancestor worked for a government organisation.

If you are having trouble finding something, check libraries at the LOCAL and STATE level,  if they do not hold the newspaper, they will usually know what is available and where.

Here is a list of Australian resources for newspapers:

Trove - a massive national collection; links by state below,

Ryerson Index - index to over 5 million obituaries and death notices across the country. 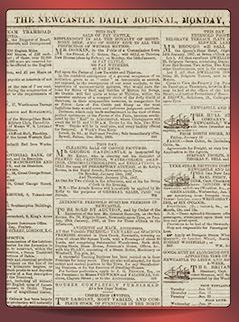 For Australian readers, join the NSW state library and you can then access via the eResources pages British newspapers from 17-19th centruries, as well as ebooks and journals, all from home.

In the U.K. you can find newspapers at the British Library, as well as the National Libraries of Scotland, Wales and Ireland, along with the Belfast Central Library. The National Archives has newspaper collections relating to transport along with many Government Gazettes. 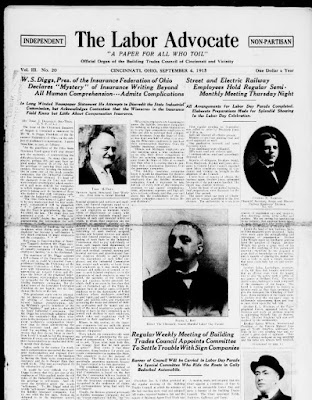 The first newspapers in the US were printed in 1969 so there is a lot to look for.  Begin with this great subject guide from the Uni of Illinois.  Then start with the Library of Congress, their resources Chronicling America are awesome.  Lots of newspapers can also be found in Google News Archives Search.   It helps to know where your ancestor came from though.

For a great state by state list of what newspapers are where, check Wikipedia here. or Xooxleanswers here   and for magazine archives click here,   or for their college newspapers click here,

One last thing - check out this BLOG that is related just to newspaper research, what a great resource and a great blogger!
Labels: Ancestry Australia Find my Past Ireland Newspapers Pinterest Scotland Trove U.K. USA Wales