The second  of Crestleaf.com’s 12 Months of Fascinating Family Finds: July- One last try to reunite some postcards.

I decided to try one last time to find the family of the WW1 sailor who's postcards I found in a tin I bought at a garage sale.  I wrote to the Sydney Morning Herald, as they have a section called Family Matters  that attempts to assist people looking for lost friends and family.  A month later It has been published!


So far, no emails, but you just never know, someone may read the letter and it might just strike up a memory for them.  I do hope so.   Originally I wrote about it in a post in Feb, 1914 called Can you help solve this mystery.   Somewhere in Australia there is a son called Jack, whose  mother was always called "my darling girlie" by her husband, and a family that belongs to these precious postcards.

If I cannot find the family, I will donate them to the Mitchell library or the Aust. War Memorial.  Recently I found a wonderful diary written by two of my great Uncles in France in WW1 at the Mitchell, and they were brought down from the collections for my sister and I to see.  An amazing experience.  It had been written by Patrick Stettler, but was about John Stettler and some battles at Pozierriers, France in 1916.

Written in pen and ink on faded exercise book paper, I notice that Patrick writes his capital "S" and small "r" exactly as my father did.  The paper has yellowed now of course.  The language is emotional and patriotic, he talks about leaving Australia in the first paragraph:


"We left Australia on 1st/8/16 amid cheers and shouts for we were going to an unknown land to face danger some of us never to return again but we left with smiling faces we had a joyful time on the voyage...."

It soon changed once the fighting began however, but much bravery was shown:


"Throughout but all this trying time there were Numbers among us who were out so hard did perform there duties while others had slight wounds an suffered Entense Pains but continued with Smiling Faces and in one Particular being a Sergeant of the Platoon I belong who just Previous to the charge was buried along with others suffered from a laccerated leg and swelled hands but who would not think of leaving for the Dressing station while any danger."


"We left some of our men in the second trench. Some of our Noblest mates to a Endless rest.  Some of them men who took Part in the Eventful day in the landing at the Peninsula but are now unfortunate heroes who were loving to see it through and to do their Duty till the final day of victory came but such is war."


John was in the 57th Battalion and signed up in 1916, Patrick the 54th Battalion joined just 7 months later.  John got dysentery, tonsillitis, and anemia.  He was discharged medically unfit in 1918.  Patrick also got dysentery, was shipped to a medical hospital in England, and found to be underage, so he was shipped back to Australia and discharged in May 1918 due to his age.  I'm sure their family were just glad they came home.

It appears that John was never the same, he was often in trouble for fighting etc, and in one court case it is noted by a witness that "He is quick to temper because he has shell shock after the war."  I suspect he was just one of many that this happened to.  Neither Patrick nor John ever seem to have married, and both died in the 1950's, just a few years after their mother Isabella.  Isabella looks like a formidable woman.  I know her daughter Lillian (my grandmother) was!

The library began this wonderful collection in 1918, by launching an appeal for diaries and letters that had been written during the war (not recollections written afterwards), it was the first project to collect personal diaries and letters, and certainly showed a lot of foresight by the librarian at the time.  The Mitchell library has over 1200 volumes of writing in the collection, a wonderful resource.  You can find it here. 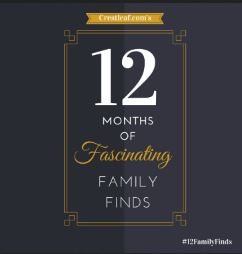