Take a closer look at some of your old photos.

I have been going through an old photo album and finally found some of my mum and dad's wedding photo's.  These photos tell a story much more than you would first think.  It is worth taking a good look at some of your family photos, to see what they can tell you. 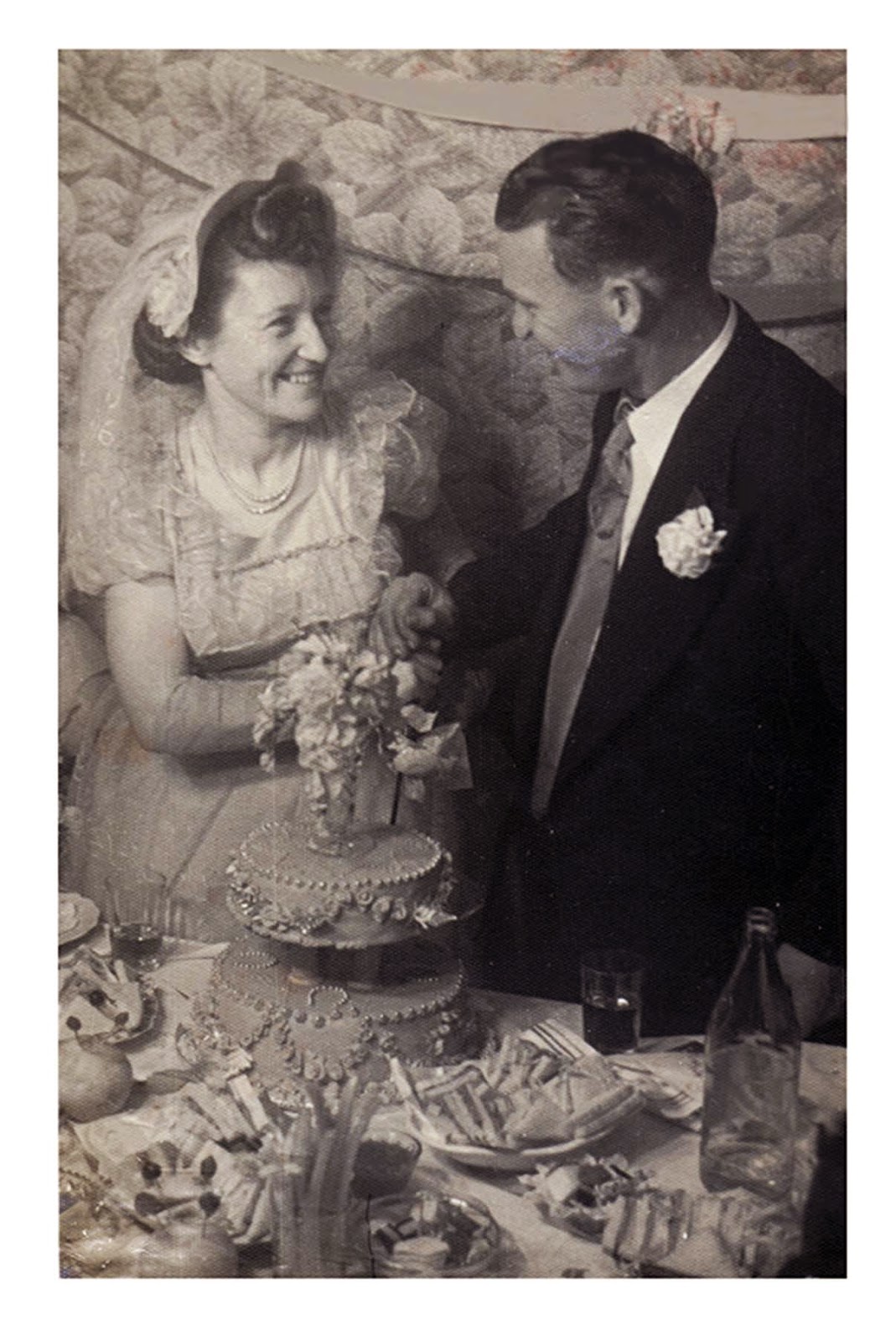 I used scanned this photo in and took a good look at some of the elements.  Here is what I found. 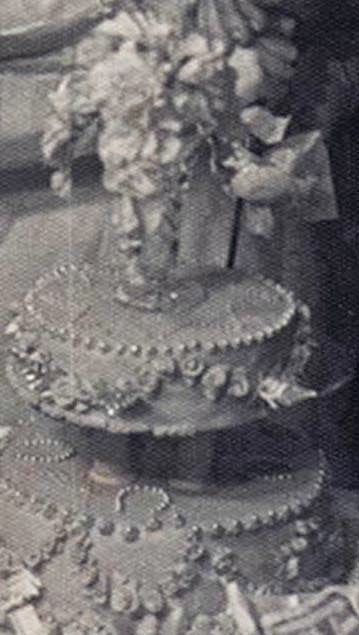 I know from the way this is decorated that my mother probably made the cake, if not her then definitely a local person.  Mostly, from the leaves of the flowers, which I remember as a girl my mother used.  They were a silver addition to the decoration, and widely used by home cooks.  Also, it is topped with a vase of fresh flowers.  Quite fashionable now, but back then it was a cheaper way to top a cake.

Then I took a look at the flower in my father's lapel.  It is a carnation, and these flowers are also used in the bridal flowers the bride and bridesmaids have.  So not a lot of money was spent on the flowers, although the bouquets do look like they come from a florist, judging by the ribbon and arrangement. 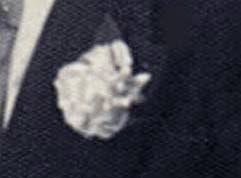 I can't tell what is in the bride's arrangement, but it does look different, and probably has more expensive flowers as it is a little smaller.

I know quite a lot about the wedding gown as it was in my wardrobe for many years.  It is a blue tulle number, and I think everyone is wearing tulle gloves. My mother is wearing some pearls. 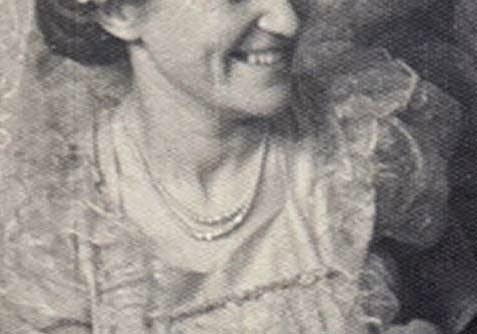 Now, there is quite a story to these.  It goes like this:


My father was engaged to a girl in Melbourne, but asked my mum to marry him.  So he set off to Melbourne before their wedding to break it off with the Melbourne girl, and also to buy my mother a wedding present, of some pearls.  After he told the Melbourne girl the bad news, he got involved in a two up game.  At this game, he won another set of pearls!  So my mother ended up with two sets.

I have never known until now which ones he actually bought her, and which ones he won in the game.  I can tell from this photo however, that she wore the double strand with diamanté roulades (the other strand is just one strand of pearls).  So, mystery solved.

In the bottom half of the photo, you can see what the wedding breakfast consisted of.

It was sandwiches, celery sticks, cocktail onions and bottles of some kind of soft drink, and what looks like linen napkins.  There also seems to be bowls of little cakes or lollies, and a bowl of tomatoe sauce.  So there may have been sausage rolls earlier!  The soft drink is a bitt of a puzzle.  I would have though that my father would have at least had beer.  It may indicate that this was held at the church hall, however the wallpaper behind does not really seem to fit with that.

Both the bride and groom are dressed stylishly, with coiffured hair, (note the style, helps date the photo, which was 1952) and dad's suit and tie is very neat indeed.  I don't remember seeing him in a suit much.  All in all, it looks like a wedding where some money was spent, but not over the top.

Here are some steps to looking closer at your photos.
Hope this gives you some hints and inspires you to really examine some of your photos closely.
If you find more in this photo than I did, just comment below and share it with everyone.