Dont Kick the Beehive - or to disagree, one doesn't have to be disagreeable.

Oh well, I found that my Isabella Fisher was the wrong one!  So for now I am not related to any convicts.  Such a disappointment.

How did it happen?  Well I posted online my updated family tree at Ancestry.com, and someone who (I presume) must also have an Isabella Fisher, sent me some info.  It turns out my original Isabella died by the age of 3.  But they did give me a lead to the name of my Isabella (the real one this time) mother and father.

This led me to do some more searching at the NSW BDM and down a dead end.  But!  (there is always a but) I paid my $30 to obtain Isabella's marriage certificate.  So I was able to confirm quite a bit of information.  This included:
So this had led me to try to track down Robert Fisher and Susan Stanway.
I will let you know how I go.

This brings me to the subject of my post.  Don't kick over the Beehive! 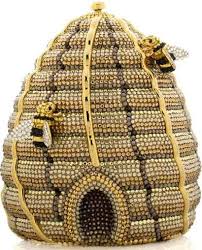 I don't think I am a overly sensitive, or easily offended, but the person who wanted to let me know I had erred sent me the following post :
The parents you have for your Isabella Fisher are incorrect. Jane Smith & Thomas Fisher's daughter Isabella was born in 1869 and died the same year. the parents for Isabella Agnes Stettler that died in 1949 were John & Susan Agnes.

Nothing really wrong about it, but also not very polite.  Firstly this person assumes they are correct, secondly there is no politeness in the message.  This led me to try to understand why I was so offended, and what 'rules' are out there about politeness and genealogy. As always Family Search had it together.
I found a good article about being polite on the net on a site called Simple Help.  If you are interested look it up it has some excellent advice.

How would I have sent that information?  Probably like this:
I think being polite is just about taking a collaborative viewpoint, phrasing something as you would to a friend, rather than just being blunt.  If I had received the info that way, who knows I made have made a new online friend and been able to help them out too.  Instead I have just chalked it up to experience.   One great thing did come out of my being wrong though, when I went back to Ancestry, many people have uploaded the photos I had of the Fisher graves, I'm so glad I helped.

And, in this search I found a great new site : British Genealogy  Lots of free stuff, so check it out!
And when online... remember....

If you want to gather honey, don't kick over the beehive.  (thanks to Dale Carnegie)
Labels: Ancestry Australia Searching U.K.