The Female Irish Orphans shippped off to Australia 1848 -1850

Ever heard of the Earl Grey Scheme or the Potatoe Orphans?

In England, the Secretary of State for the Colonies under John Russel's Whig government, Lord Earl Grey, proposed that young, marriageable women could serve as wives and provide female labour in the male-dominated and underdeveloped Australia.  As a result over 4000 adolescent female orphans emigrated from Irish workhouses to the Australian colonies, arriving at Sydney, Melbourne and Adelaide.  This became known as the Earl Grey Scheme.

In Ireland, the homeless orphans had been living and working in the Irish factories (workhouses) which faced overcrowding, insufficient money and as a result not enough food and supplies.  These women had either be orphaned by the famine or disowned by their parents who could no longer support them.  When the scheme was proposed, women had to apply and be approved by the board of the workhouse to be included.  the workhouses provided them with boxes of clothing and the trip was paid for by colonial funds from the Australia people - who later objected to it!


The difference is that this group of young women stand as symbolic refugees from Famine. They came from among the genuinely destitute class in Irish society, those whose world had been torn apart by the tragedy of the Great Irish Famine (An Gorta Mor). They were inmates of the recently constructed workhouses, many orphaned by the Famine, although about a quarter of them had one parent still alive. Most were between 14 and 20 years of age, ready and willing to grasp the opportunity of a new life in the Antipodes

Tip! - did you know that you can search the database? 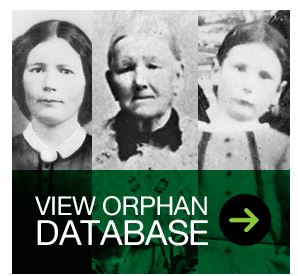 The Monument to the Great Irish Famine is situated in Sydney, in the grounds of the Hyde Park Barracks Museum.  The website and memorial has the names of 4114 women whose names were put there in response to newspaper advertisements at the time of its making.

At the time of the famine in Ireland, over 1 million people died from starvation or disease, and over 2 million immigrated to other countries in a period of just 10 years.  Whilst the Earl Grey System may have assisted in ridding England of impoverished Irish women, these women were mostly uneducated, unskilled and very young.  Many made a good life in Australia, but some resorted to prostitution, and others were severely discriminated against.

These women were some of the female pioneers of Australia, so if you have an Irish female who came to Australia between 1848 and 1850 there name may just be on the memorial.